Therefore, autoimmune diseases are getting worse and worse

Danish researcher has helped break the code of how diseases where the immune system attacks the body is spreading.
ARTICLE BY  Kristian Sjøgren Journalist from videnskab.dk translated here into English.

When the immune system attacks the body, it is almost unnoticed, but slowly attacked more powerful and more powerful until it develops into debilitating rheumatoid arthritis, lupus or other autoimmune diseases.
Now, a Danish researcher, along with researchers from Harvard Medical School and Boston Children's Hospital, has revealed how the immune system constantly intensifies its attack.
The discovery can eventually help detect and control the diseases before they completely break through.
"It's a big step in the right direction to develop medicine that can effectively slow down the negative spiral that the immune system is taking," says Associate Professor at the Department of Biomedicine at Aarhus University. Søren Egedal Degn, co-author of the study.
The new study is published in the scientific journal Cell.
Professor Gunnar Houen from the State Serum Institute calls it a very large and interesting work.
"The results emphasize the importance of co-operation between the innate and induced immune system and the importance of the B cells in that context," says Gunnar Houen.

The immune system is designed to eliminate viruses, bacteria and other foreign bodies by recognizing antibodies and attaching to so-called antigens that can sit on the surface of a bacterium.
Subsequently, the antibodies attract other parts of the immune system that neutralize the threat.
Sometimes it goes wrong.
When the immune system attacks the body, the immune system's B cells make antibodies that recognize antigens in the body's own tissue, own proteins or own DNA and attack them.
From there, things escalate slowly, and in a disease such as lupus, researchers can see traces of the autoimmune reaction up to ten years before, the patient meets the doctor and gets the diagnosis.
This development has for many years led researchers to wonder in the scalp.
"We can understand that the immune system can mistake and attack the body itself. But so far we have not been able to understand why the reaction is constantly getting stronger and stronger while spreading to other tissues and organs. That is what we have now found out, "says Søren Egedal Degn.

The immune system reinforces its attack

Søren Egedal Degn's research shows that the immune system's B cells, which produce the antibodies that react with the body's own cells, constantly recruit other B cells to participate in the fight against what they think is a threat.
It occurs in the so-called 'germ centers' within the lymph nodes and spleen where the B cells develop their antibodies. The purpose of the centers is to ensure that the B cells produce antibodies that recognize the foreign bodies as best as possible, so that they constantly enrich the antibodies' ability to bind to the antigens.
The problem is simply that B cells that are programmed to make a type of antibody raise B cells that make another antibody into the germs. In this way, the immune system goes from attacking one place in the body to two places in the body to three places and so on.
"It is a negative spiral where the B cells continue to recognize something new in the body and constantly enhance their response. In other words, one type B cells, which only attack one place in the body, mean that many B cells attack many different parts of the body. It is spreading as little in the water, thus developing autoimmune diseases to the worse, "explains Søren Egedal Degn.

Discovery can be used diagnostically

According to Søren Egedal Degn, the new discovery can be the starting point for drug development that puts an end to the destructive behavior of B-cells and germs.
He tells that discovery can help put the finger on the mechanism to be controlled if the autoimmune diseases are under control.
"Our results can be used to increase momentum in the direction of developing drugs that aim to try to quench the germs. We may also be able to use diagnostic surveys of the germ centers to see if various autoimmune diseases are on the rise, "says Søren Egedal Degn.
Discovered the behavior of B-cells by one case
The new discovery occurred in a case when Søren Egedal Degn with colleagues examined the autoimmune disease lupus in mice. Here they examined the germ cells to find out how the immune system of the mouse reacts during the disease.
To their great surprise, they also found a lot of other B cells inside the sex centers, many of which recognized antigens in other organs and tissues of the body.
"They would not, under normal circumstances, become autoreactive, but we could see that they became because they were pulled in there by other B cells. From there we went on to study the findings and confirmed it in various museum and cell trials, "says Søren Egedal Degn. 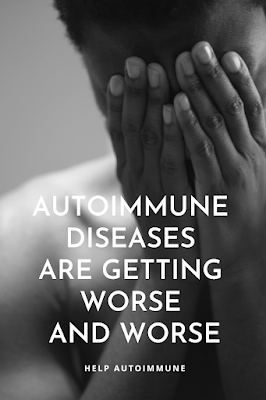