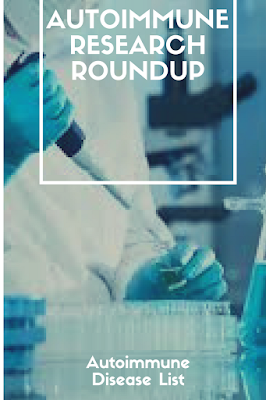 The gut microbiome and responses in the immune system e.g.

This is a roundup of recent research that has been done on Autoimmune diseases from around the world - all of them are from 2017. By no means is it a conclusive list.

Email ThisBlogThis!Share to TwitterShare to FacebookShare to Pinterest
Labels: autoimmune conditions, In the News, medical research